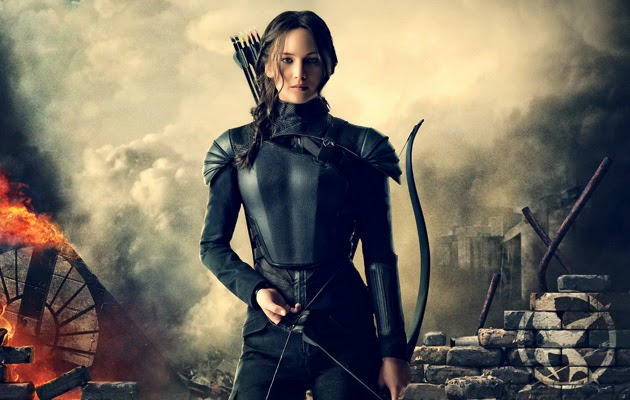 For anyone who has been vaguely near to any kind of media over the past three years, there is a very good chance that you know about The Hunger Games series. The world’s replacement for the Harry Potter and Twilight films, The Hunger Games is an adaptation of Suzanne Collins’ trilogy of novels. The latest series to split its final part into two films in order to capitalise on box office sales, The Hunger Games series has been accused by some of lacking substance and trivialising the greater concepts that the novels raise.

I, for one, am glad that producers made the move to split Mockingjay into two parts, and it is really the only franchise that has been successful in creating a well-paced, interesting part 1 that doesn’t just seem a way to bridge the gap between the two films either side of it. In taking the time to explore the narrative in far more detail, the film succeeds in making what is in my opinion the worst part of the novel trilogy into something visually exciting and emotionally dense.

This is the only film of the series so far to create a believable relationship of care and loyalty between Katniss and Peeta, something that made The Hunger Games and Catching Fire somewhat of a failure in my eyes. Perhaps it is because Josh Hutcherson isn’t on screen enough to mar the atmosphere of the film with his lack of charisma playing a character whose primary quality is supposed to be his likeability. Jennifer Lawrence shines more as Katniss in this instalment, allowing the audience to finally see the nuances of her character – her strength, her need to protect her family, and her complicated feelings of affection for both Peeta and Gale.

The film has a darker tone than the previous, with sinister moments depicting government oppression from orders given from the comfort of President Snow’s light and decadent mansion, to the dark and anonymous masses, hungry for revolution but visibly and violently suppressed by storm-trooper-esque peacekeepers. The physical contrast may be an obvious one, but it is certainly effective on the big screen, and with recent occurrences across the globe (but particularly in the US at this point), this contrast of affluence and poverty; of the few and the many; of light and dark, has a particularly powerful resonance.

There really ought to be a special mention to the late Philip Seymour Hoffman for his work here, as every moment that he is in view, the film comes alive. Every line delivered is done to the maximum impact, and his presence has probably elevated what would have been an merely average action film to a more complex comment on propaganda and revolution (with plenty of special effects for those who like a good explosion). At points obvious and potentially juvenile, but with a resolve that provides an engaging and thoughtful viewing experience, Mockingjay: Part 1 delivers something more than your average box office action film.